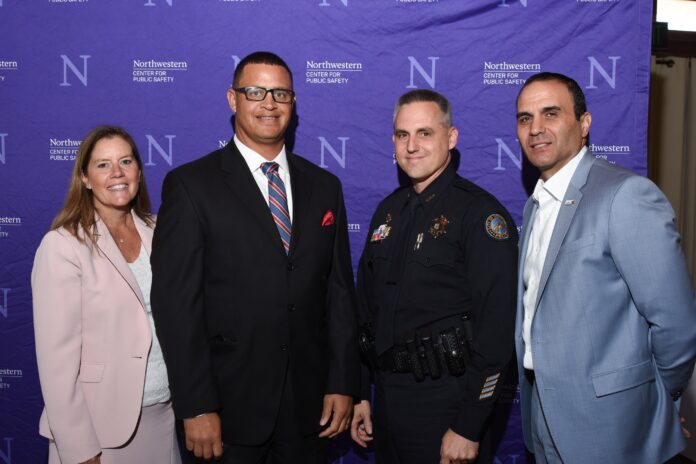 So, let me fill in the blanks after you read the following document, which is an attempt to stop the unethical termination of one of the last well respected and “good guys” within the upper Chain-of-Command at my former employer, the Scottsdale Police Department.

When Deputy Chief Walther left the Scottsdale Police Department, they had to fill his position. It came down to two candidates, Commander Aaron Minor and Commander Rich Slavin. I’ll argue that 80% or more of the employees within the department felt Minor should get the spot. He was one of the few remaining people in leadership that was well respected. While both Minor and Slavin proved to be excellent cops, then detectives and then first line supervisors, upon obtaining the rank of Lieutenant, the perceptions of both changed. Minor was viewed as a fair, tough leader that held his guys accountable, while Slavin was viewed as an unethical and vindictive supervisor that used his position to protect those loyal to him, while going after those that wronged him.  I was never a target of him, but I watched him go after several subordinates that weren’t on “Team Slavin”.

I was still working there when Slavin was picked for the position. The decision invoked a lot of head scratching.  While Minor had an almost spotless career, Slavin had his share of issues, from a questionable shooting to borderline untruthfulness during some internal investigations. The general consensus was that Minor was not picked for two reasons. One, he was not a “yes man” that was willing to support the decisions of upper management regardless of how dumb their decision might be. Two, the color of his skin.

Scottsdale PD has ZERO upper leadership (now) that is anything but a white male, with the exception of Commander Minor and one female LT. No Africian-Americans (after Minor’s termination) above sergeant. No Latinos above sergeant. And outside of the one female LT, only two other female Sergeants (one of which was just promoted today).

It was in one of these less than diverse staff meeting, usually attended by all supervisors, that Slavin went on a homophobic rant related to a French police supervisor who was decorated for actions during a terror attack. Slavin made the comment that he, “must have been gay”, playing on the French stereotype. When a his inappropriate comment was noted by another person in the room, Lt. Meyers, who has had an adversarial relationship with Slavin, Slavin attacked him, saying in front of the 30 or so others, “are you gay?” Another Lt in the room during the exchange, who has gay family members, took offense to Slavin’s comments. Lt. Bonnette later reported his discomfort to his direct supervisor, Commander Minor. Minor addressed it up the chain of command to both Deputy Chief Popp and directly to Deputy Chief Slavin. Slavin wrote an email apologizing for the remark. Feeling that the email apology was not adequate, Minor followed up with Chief Rodbell. Rodbell, in the eyes of many people I talked to in leadership positions there feel that Rodbell decided to protect Slavin and effectively sweep the incident under the rug. It was ultimately reported to the City’s Human Resource department but kicked back to Internal Affairs to investigate even though it was an obvious violation of standing city policy regarding employee harassment.  One problem, Deputy Chief Slavin supervises Internal Affairs. As a result, Slavin walked away with a slap on the wrist, as he was given “Verbal Counseling”.

In my opinion, knowing the leadership culture at Scottsdale PD, and in the opinion of everyone I’ve talked to that is still employed there, Rodbell and Slavin then went after Minor in retribution for his support of Bonnette’s complaint. Upon reviewing the Internal Affairs “investigation” surrounding Slavin’s comments, Chief Rodbell noted a slight discrepancy in statements given by Commander Minor during his official Internal Affairs interview on the matter. When Commander Minor was asked if he had knowledge of who levied the complaint on Deputy Chief Slavin, Minor reported that he did not know of one person, but rather several in the room that were offended by the remarks, referring to other employees he talked to later that were uncomfortable during the exchange between Slavin and Meyers.

Rodbell used this as a way to terminate Minor.  Here’s a dirty little secret about the internal workings of law enforcement, both in Scottsdale and across the country. The easiest way to destroy the career of a cop is to make an allegation that someone is, or was, dishonest. Integrity is most important attribute for a cop, when it is put into the record that a cop has been untruthful, their career is effectively over. As a result, it is a tool wielded by those in leadership to rid the department of cops that are unethical. It is also used as a tactic to rid the department of those judged to have violated the ultimate sin at Scottsdale PD, to go against the leadership and/or to bring unwanted negative attention to those above you.

The latter is what happened to Minor. He made a decision to do what was correct, ethical, and in my opinion, in the best interest of the department, but in doing so he made waves for the organization and the Chief. He questioned the behavior of someone above him, and more importantly, he illustrated the complete abdication of leadership by the Chief over the past five or so years. Chief Rodbell targeted Minor, took a statement he made on the record out of context, and used it as the basis to terminate an otherwise stellar 20+ career at the Scottsdale Police Department by sustaining an allegation that he “lied”.

Now here is my rant. My former employer, the Scottsdale Police Department is an absolute shit-show right now. I’m so glad I left when I did a year ago. It was the best decision of my life. I feel for my friends that are trying to hang on to get their 20 and retire with a pension.

And I’m not the only one that feels that way. The PD has experienced a mass exodus over the past 18 months. In a one week period, six cops that either were not eligible for retirement yet, or were part way through the DROP program, decided to leave because of the horrible morale. Morale has gotten so bad that it is openly discussed. The morale issue has become such a distraction that in July of 2019 a policy was enacted forbidding employees from discussing issues of morale both at work and outside of work (ie., on social media).

As stated by two different friends of mine that still work there, “I’m embarrassed to say I work here now.”

I have no dog in this fight. I don’t really know Aaron Minor. Our paths crosses a few times during my 20 year career and I have no opinion of him based on direct interactions. But I do know one thing, he was highly respected by the majority of the line level guys I worked with. Most hoped he would one day take Rodbell’s place as Chief. His reputation was one of being a good leader, ethical, fair and smart. He was fired in an act of pure retribution and that’s sad. I feel bad for him, but most of all I feel bad for those that still working for an organization that I would argue was the best police department in the state 20 years ago when I got hired. Chief Rodbell’s abdication of leadership and narcissist behavior has caused the organization to go into total freefall, which is best exemplified by the firing of one of the best cops Scottsdale ever produced.